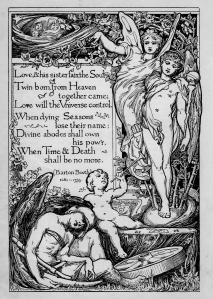 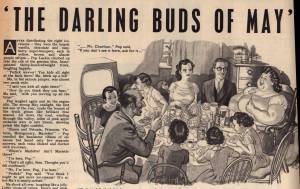 Leslie Illingworth is most famous as a political cartoonist. I first tripped over his work in the first serialisation of H. E. Bates, “Darling buds of May” in Everybody’s weekly magazine. A book can be bought – Illingworth:Political Cartoons from the Daily Mail 1939-69.

The National Library of Wales has a collection which can be viewed here and use the menu of the left hand side to view other information. The British Cartoon Archive have an extensive biographywhich looks to have used “They makes us smile” series from London Opinion – which I have reproduced before. 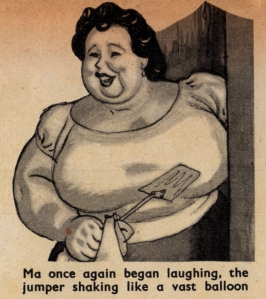 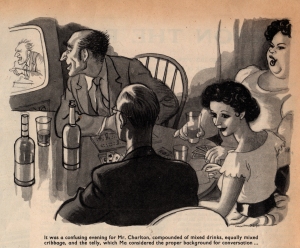 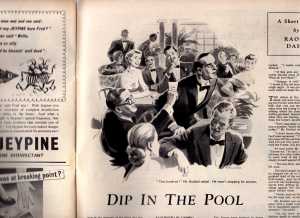 These pieces comes from Everybody’s magazine which started life as Competitors’ Journal in 1913 and became Everybody’s Weekly in 1928 and was finally taken over by Amalgamated Press in 1950 and merged with John Bull in 1959.

“Dip in the pool” by Raold Dahl, which according to Wiki was first published in The New Yorker on 19 January 1952. Now what I find interesting here is the fact that this could easily be an early Mike Noble drawing. The ‘sheen’ on the characters, the tilt of the head.But it is signed by Caswell – Mike Noble worked with him as previously described

The story as described the Daily Telegraph:

Having bet his and his wife’s life-savings that the ocean-liner on which they’re cruising will make poor progress, the doomed hero of this grown-up short story befriends a kindly old woman on deck before hurling himself overboard before her eyes in an attempt to slow everything down. He never finds out, however, that she is not quite all there – moments later, after she has watched him flailing in the ship’s ever-lengthening wake, she tells her disbelieving carer about the curious incident. “Such a nice man,” she insists. “He waved to me.”

The next piece was uncredited in the magazine, but again I’m guessing Caswell based on the face and the strong figure work

I’m not so sure about this one though, but please contradict me! 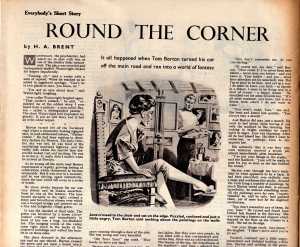 The next illustration is in a story which credits Caswell in later issues. I stupidly didn’t keep any of the other illustrations or indeed the story title, but the piece stands alone beautifully 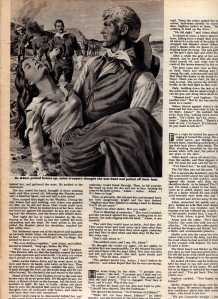