Fred Laurent is another artist who is lost to the Internet “Fred Laurent was born in Brussels in 1922 and trained as an artist, but at the start of WW2 he fled Belgium for England. After service in the British army as a commando, he became a well established illustrator, principally for women’s magazines and romantic book covers.” This line appears all over the place. He doesn’t appear in the usual art dictionaries. Another site states he was born in 1922 which sounds reasonable but where did they get the info? Other artists in Home Notes included the famous Frank Bellamy, Leslie Caswell and Philip Townsend and as can be seen they are more or less talking heads, so not very exciting for the artist. 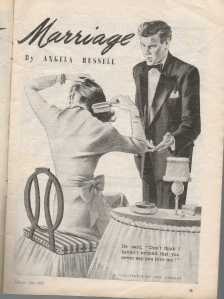 However I feel that Laurent particularly makes a great job of his talking heads.In the shot above, the shine to the picture almost looks like a Mike Noble picture and his ‘master’ Leslie Caswell did work for the same studio run by ‘Billy’ Cooper 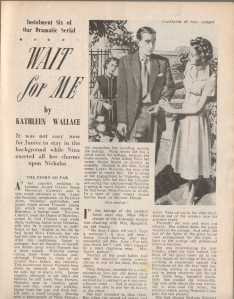 In this illustration, we get a third figure and some background. The printing in these magazines didn’t help make them too clear, but Laurent’s style shines through. 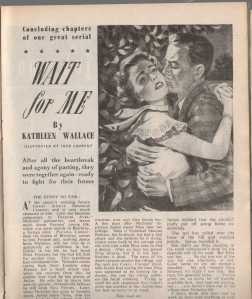 In this clincher, the lighting is very interesting. 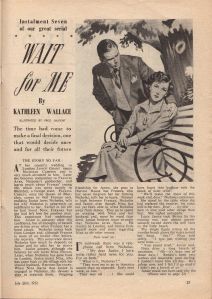 I love the sureness of the couple in this picture, together with the perspective of the bench. It shows an artist who is in command of his trade. I imagine – and have absolutely no proof – that he didn’t use models. But on a weekly deadline, I expect he would have had to 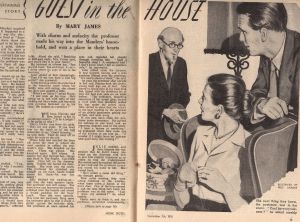 Take a moment to look at the light source in this last picture. My father used Brylcreem on his wild hair and that produced a sheen wherever he was, but the lady?

Fred Laurent did  a lot of colour work in John Bull at the same time, Due to the crude cataloguing the very useful Advertising Archives results include too many Laurents click here but you’ll have to wade through the other famous Yves St Laurent (any relations?)

Back next week with some more Home Notes